I am delighted to post my new book cover from Five Star. "Burnt Siena" takes place in Siena, Italy. There was some debate (mostly on my part) whether the title should be "Burnt Siena" after the city or "Burnt Sienna" after the painting pigment. As you will see, "Siena" won, and I am pleased because the cover captures both meanings: my favorite city on earth, and the warm brown tones of much of the architecture there. 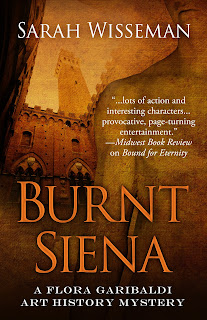 This will be the first of a new series, the Flora Garibaldi Art History Mysteries. Flora, a paintings conservator, uses many traditional pigments in her restoration work.

Posted by Sarah Wisseman at 2:48 PM No comments:

After my hip replacement surgery in February, my mood soared when I heard that Five Star Publishing, part of Cengage Learning, had accepted "Burnt Siena" for publication! This is a very exciting development for me since I have worked with very small presses up until now. Five Star is well respected in the mystery field, and many libraries nationwide have standing orders for Five Star mysteries. The novel will appear in June 2015.
Posted by Sarah Wisseman at 7:27 PM No comments:

"Burnt Siena" tells the story of a young conservator who discovers that she is working for an Italian family of traffickers in illegal antiquities. Some of them are also art forgers. Flora Garibaldi McDougal, the daughter of an Italian mother and a Scottish-American father, loves living and working in Siena, Italy, but is dismayed when her dream job becomes corrupted and a colleague is killed. 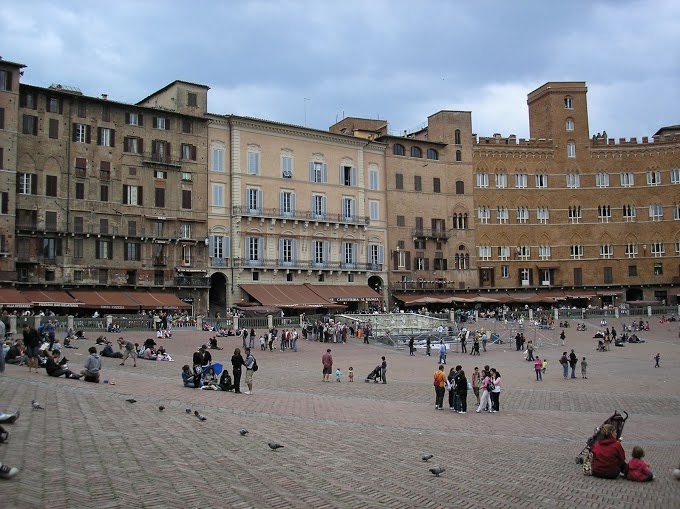 This book allowed me to invent a whole new set of characters (although Lisa Donahue makes a cameo appearance) and set the action in one of my favorite cities on earth. An international conference a few years ago gave me the opportunity to return to Siena for a week and soak up atmosphere, take pictures of potential scenes for the book, and indulge in my favorite pasta dishes. Our conference was housed in an old psychiatric hospital in the southern part of the city--a fact I could not resist using in the novel.

The research for this book was mesmerizing. The world of illegal antiquities smuggling is now well-documented in books and movies, and art forgery receives nearly as much press. I used books such as Roger Atwood's Stealing History: Tomb Raiders Smugglers, and the Looting of the Ancient World and Peter Watson and Cecilia Todeschini, The Medici Conspiracy: The Illicit Journey of Looted Antiquities—From Italy's Tomb Raiders to the World's Greatest Museums. I incorporated my own experiences: traveling in Italy, working in painting conservation as a student at the Cincinnati Art Museum and visiting the Iceman museum in Bolzano.

"Burnt Siena" is currently being proofread before I submit it. I hope I can find a new publishing home for this novel, and that Flora will be the heroine of a new series.
Posted by Sarah Wisseman at 9:15 AM No comments: