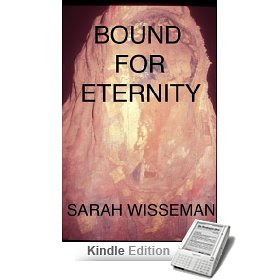 To Kindle or not to Kindle, that should be the question for every author who retains rights to his or her published material. Since I have two ebooks and several online short stories to offer, I was excited to see a new device (with a wireless download feature) that was actually selling.

When I wrote my first Lisa Donahue mystery novel, "Bound for Eternity," several agents and small publishers were interested enough to read it and comment favorably, but the major objection was, "we don't know how to market it." I was surprised: surely a story about an Egyptian mummy and murder in a creepy old attic museum had some selling points?

This forced me to think hard about what I had to offer as an archaeologist to the marketing of fiction. Since "Bound" was based on a real mummy project at the University of Illinois, I realized that my best "sales gimmick" was to market the novel along with the non-fiction book "The Virtual Mummy."

Self-publishing is not for everyone (and yes, there is definitely a stigma attached to it), but it my case it proved a successful strategy for getting the novel out before the companion book went out of print. I used iUniverse, which meant I retained my rights to everything except the final formatting of the manuscript and the cover design.

A month ago I decided a Kindle edition of "Bound" was worth trying, especially since preparing it cost me nothing but my time. The website is streamlined and user-friendly, and in a few hours I had reformatted the manuscript and a prepared a new cover.

To my astonishment, uploading the Kindle edition generated a favorable, new review in Midwest Book Review within days.

I expect no more than a modest increase in sales for my novel, but I'm thrilled at the new exposure. An electronic edition will never go out of print...as long as there is a server to offer it and a program like Amazon's.
Posted by Sarah Wisseman at 11:01 AM No comments: